As the original T1s continued to vanish through the mid-1950s, the late Art Audley, then a young man, found himself exploring #5543 as it awaited its inevitable date with the scrapper’s torch. While photographing the locomotive, he noticed a front marker light hanging loose by its wires and decided it would make a great keepsake. Following Mr. Audley’s passing, the marker light found its way into the hands of a T1 Trust member and joins the whistle as one of the few original T1 parts left in existence. The marker’s red color is appropriate given its intended use on the PRR which was only when the locomotive was facing in reverse on the rear of a train. 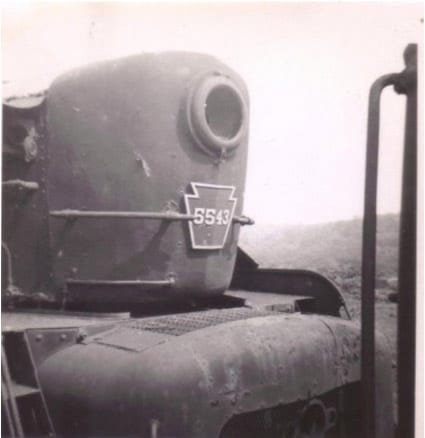 One of Mr. Audley’s photographs showing the prow of 5543 on the scrap line. The marker light that he removed can be seen just at the edge of the frame with the lens hanging loose. 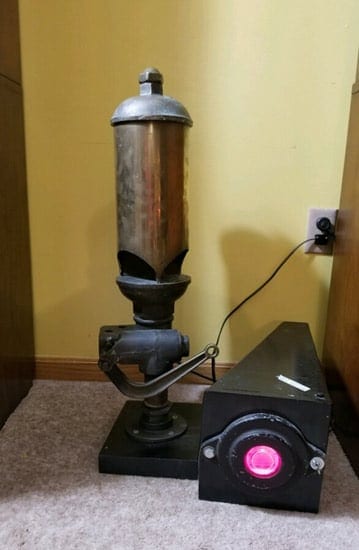 A PRR technical drawing showing the design of the lamp housing and lens for the marker light. 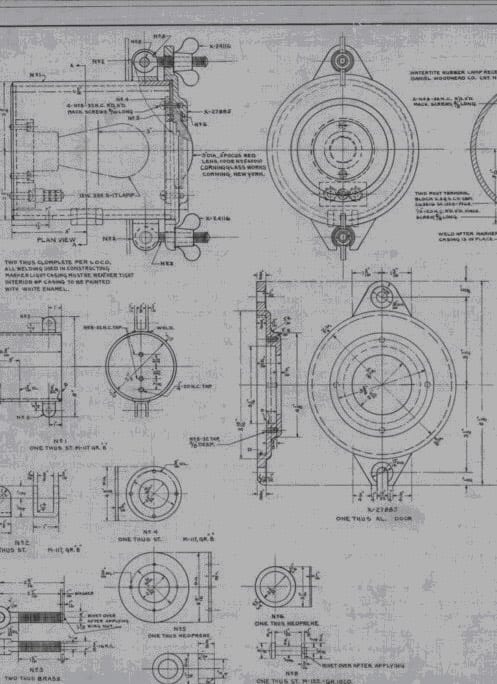