On February 26, 2016 the T1 Trust reached a major milestone when it cast the first Boxpok driver the United States had seen in nearly 70 years. The T1’s Boxpok drivers promote a favorable strength to weight ratio and allow the fine tuning necessary for high speed operation.

The T1 Trust is now accepting donations to cover the cost of the remaining seven drivers. For sponsorship purposes, each driver is divided into 48 equal sections. Supporters of the 5550 project can sponsor one driver section for $500. Each donor at the $500 level will receive a personalized, embossed and numbered 5550 Driver Donation Certificate suitable for framing. 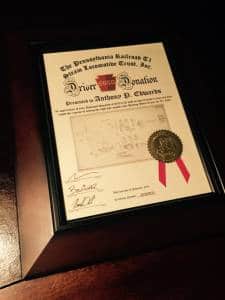 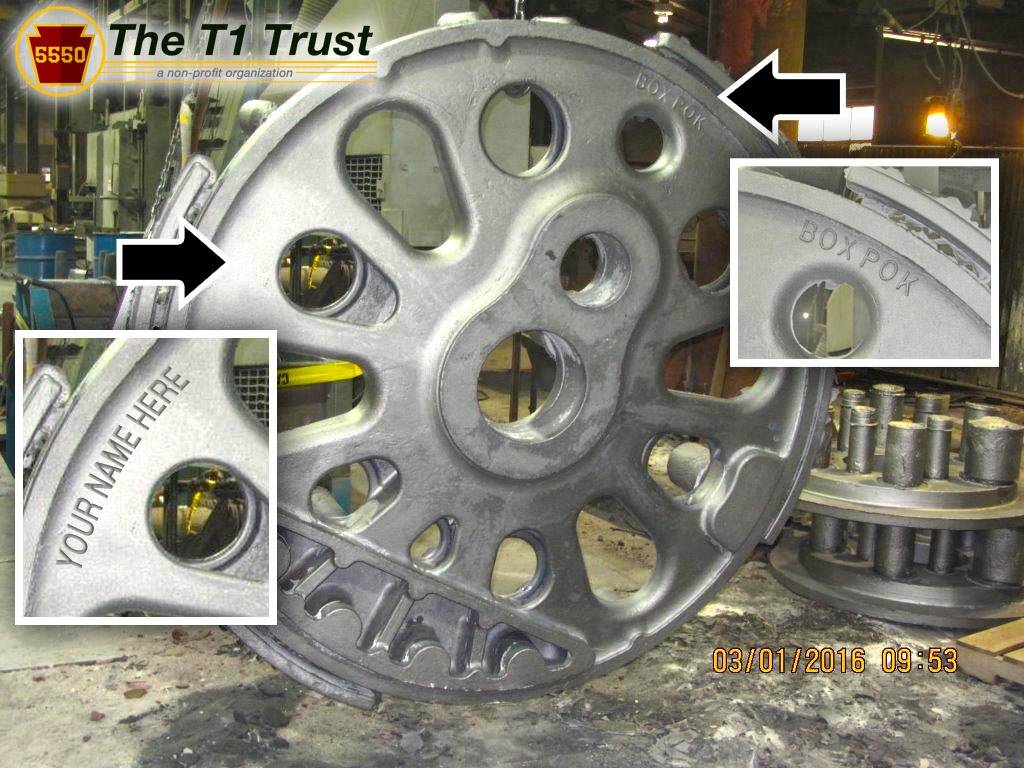 Alternatively, an individual may wish to sponsor an entire driver for $24,000. The names of those who choose to sponsor drivers in their entirety will be cast into the drivers and will remain visible for the life of the locomotive.